The images that define climate change shape the way it is understood and acted upon. But polar bears, melting ice and arrays of smoke stacks don’t convey the urgent human stories at the heart of the issue.

In this category, we were looking to celebrate the work of photographers – amateur or professional – who have successfully engaged audiences with climate change and its causes, impacts, and/or solutions.

The images shortlisted by our judging panel were featured in The Guardian.

Ann Johansson is an award-winning documentary photographer with a focus on visually connecting climate change causes, effects, impacts and solutions globally. Ann’s goal is to make all aspects of climate change more relatable on a personal level. She has 20 years of experience working as a freelance photojournalist for publications such as The New York Times, The Wall Street Journal, Le Monde and Der Spiegel and her photographs have been exhibited around the world. Ann was born in Göteborg, Sweden and is based in Los Angeles.

Ann’s shortlisted photograph shows Shohida Begum lit by a solar powered lantern she purchased. Shohida’s home in a poor neighborhood of Lucknow, Uttar Pradesh, India is off the electricity grid.

Ricardo Funari is a Brazilian photojournalist working to create and distribute images documenting issues of social justice. His shortlisted photograph shows a family of drought refugees hitchhiking in the semiarid region of northeastern Brazil known as Sertao, trying to escape from extreme poverty and dreaming of a better life in the distant Sao Paulo megalopolis 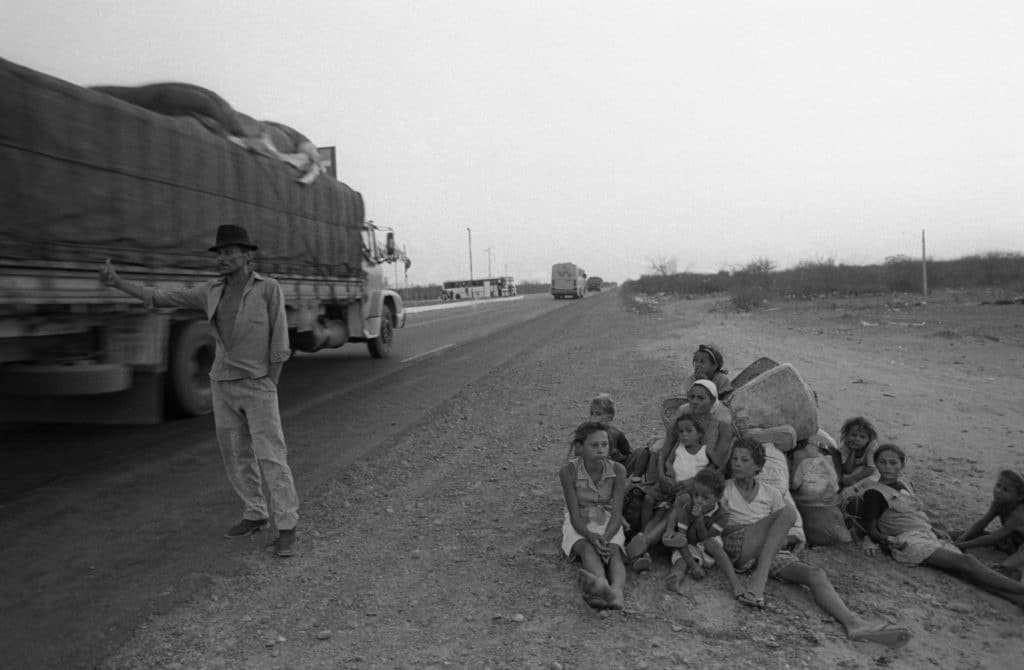 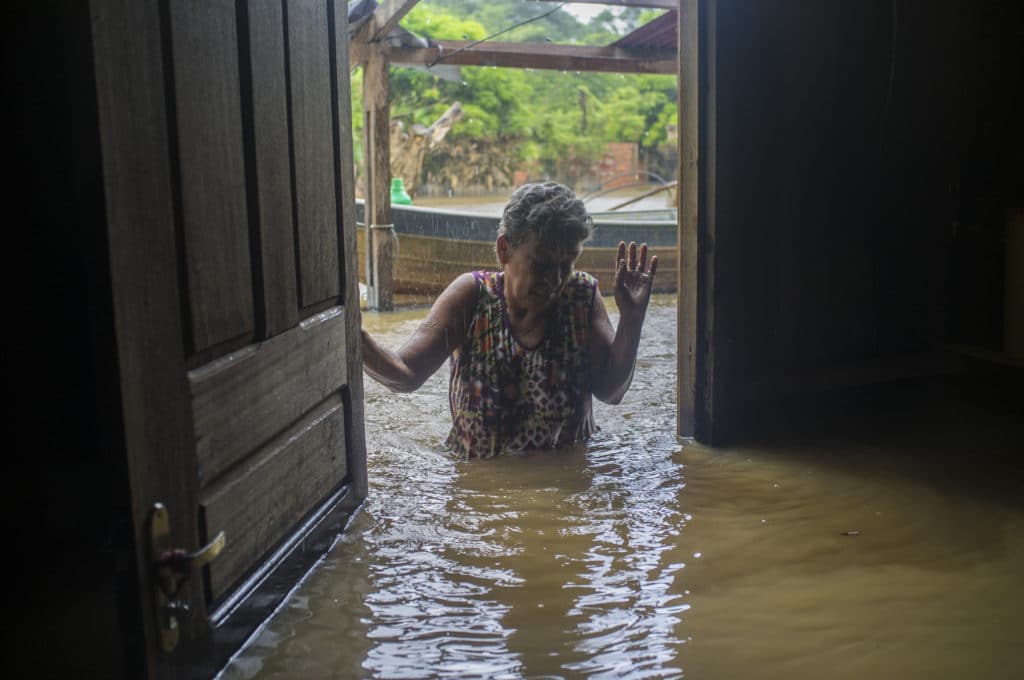 Siegfried Modola is an Italian/British photojournalist and documentary photographer. His shortlisted photograph shows a Mongolian mother, Obgerel, crying as she holds her baby daughter Suikhan in a pediatric emergency unit. Suikan suffers from a respiratory illness in one of the most polluted capital cities in the world, Ulaanbaatar. 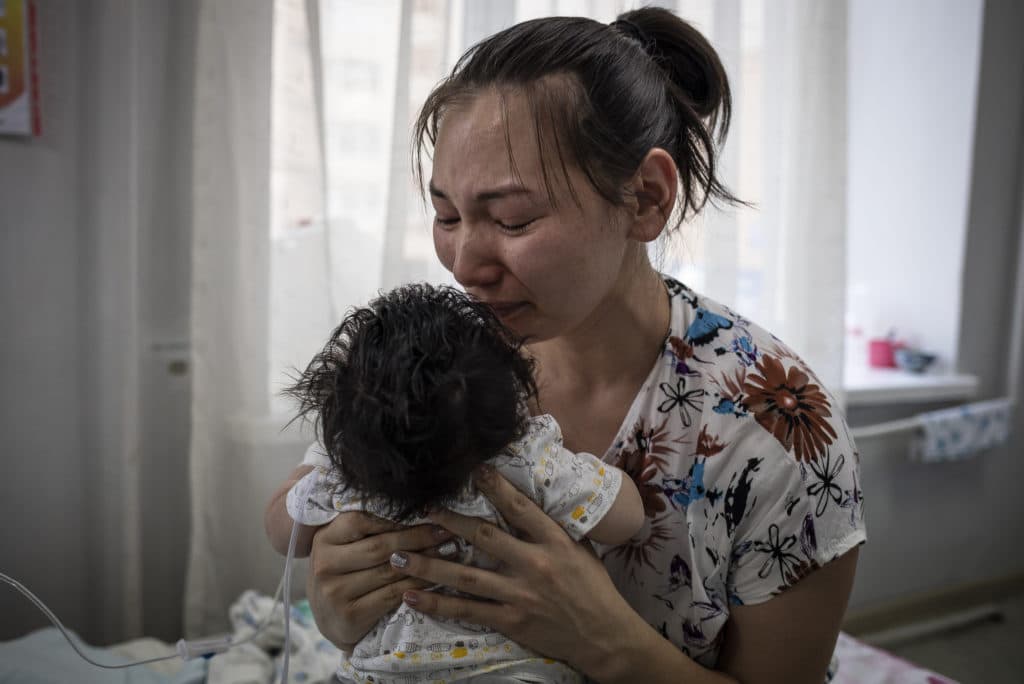 Obgerel, 29, cries as she holds her three months-old baby daughter Suikhan, who suffers from respiratory complications in a paediatric emergency unit in one of the city’s hospitals in the capital, January 21, 2019. She explains that she had taken her daughter to the hospital the day before and then when she arrived the baby could hardly breathe. An ever-increasing number of children are suffering from respiratory related illnesses, stretching health infrastructures to the limit in Ulaanbaatar. 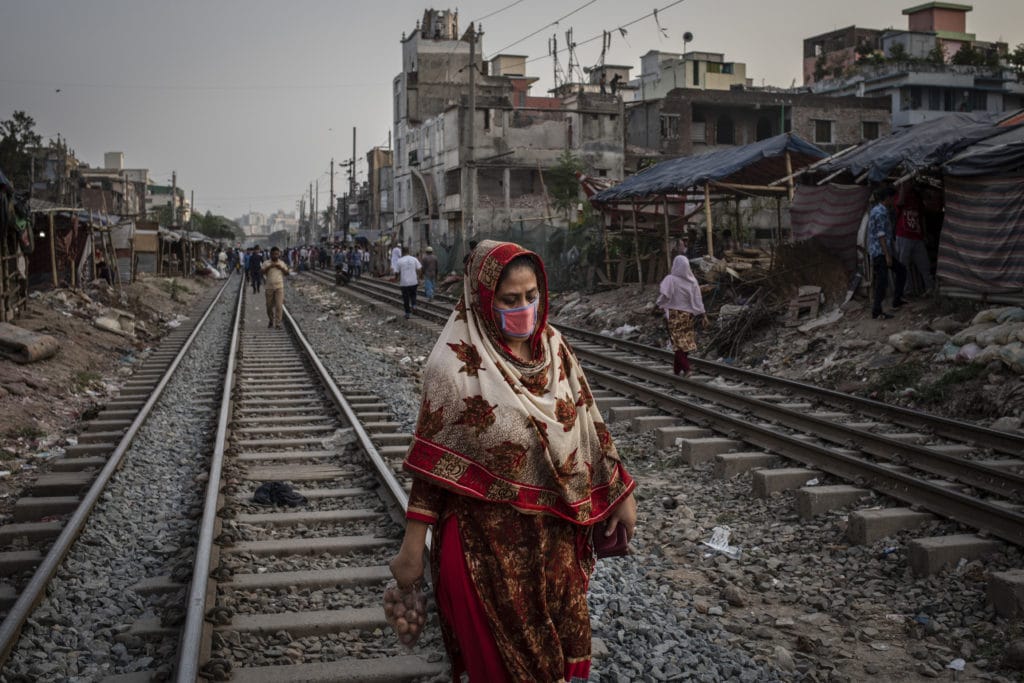 A woman wearing a face mask to protect herself from air pollution walks along railway tracks in Dhaka, Bangladesh, April 2019. The city has one of the worst quality of air on earth where dust, fumes and smoke can cause irreversible chronic respiratory diseases, lung cancer, heart complications or brain damage.