Governments across the world should legalise and regulate temporary climate migration, rather than try to prevent it.

After a particularly bad year for rainfall, Miguel told a group of researchers that he was leaving Mexico for the US. This wasn’t a permanent move he explained, he would be back. In fact, he’d made the move several times before. “The only solution is to go away, at least for a while. Each year, I’m working for three to five months in Wyoming. That’s my main source of income.”

The ability to cross the border and find work in the US has become a lifeline for many of Mexico’s farmers. For many, their plan is not to move permanently and settle. But rather to use temporary migration as a safety net against drought. “My grandfather, father and I have worked these lands,” he told the researchers. “But times have changed … The rain is coming later now, so that we produce less.”

It is in these years of reduced cropping that people make journeys like Miguel’s. Typically people move alone, without their family members. The aim is to earn enough money to replace the lost farming income. And possibly to send money back to family members who have stayed behind.

In particularly bad years, this flow of money from overseas is what keeps small farms afloat.

It was over a decade ago that these researchers spoke to Miguel and other people in his situation. Trump’s threat of a border wall, and an increasingly hostile environment for migrants in the US makes journeys like this harder and more dangerous.

For millions of people across the world, this pattern of migration is becoming a form of climate change adaptation. As the impacts of climate change begin to take hold, droughts become longer and more severe. This inevitably hits agriculture. 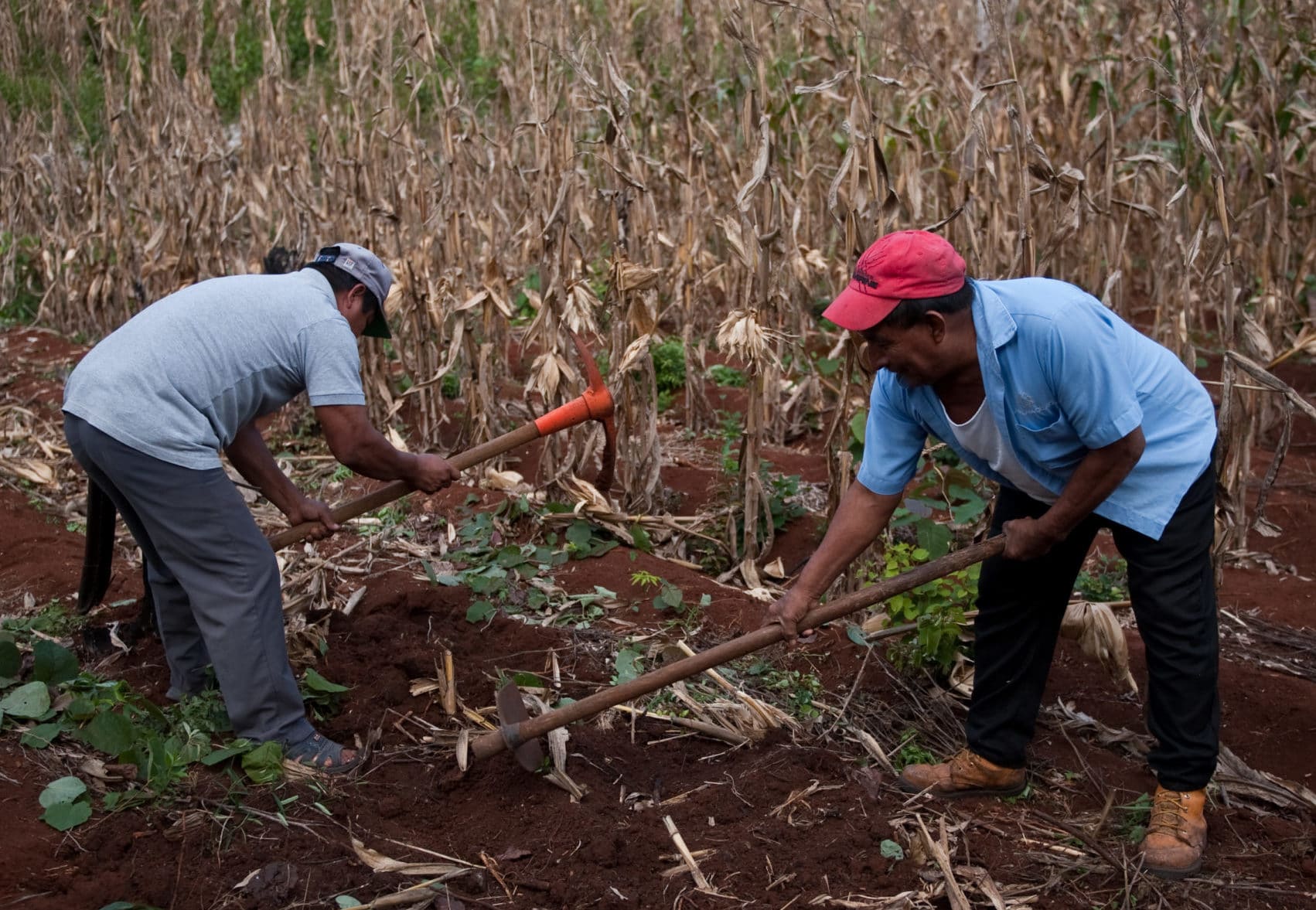 Farmers are finding it harder to grow food due to increasingly unpredictable weather patters, Tabi, Mexico

Hindou Oumarou Ibrahim, an indigenous woman from the Mbororo pastoralist community of Chad, explained her situation to the UN’s Migration Agency.

Migration has now become an inevitable method of adaptation for us … As a means of survival for us and our animals, we are forced to continuously migrate despite all the risks involved.”

For pastoralists, migration has always been a way of coping with altered weather patterns. However, many pastoralists are now caught in a trap. Climate change is amplifying droughts and changes in rainfall. At the same time, migrating is becoming harder due to conflicts and tougher border controls.

Ibrahim explained to the UN, “This is our form of adaptation. We have always mastered it, but if nothing is done to ensure the safety of our space and activities, we risk, one day, being forced to abandon our way of life and join the swelling ranks of the unemployed in the city.”

The choice here is between continuing a difficult, but effective form of migration that ensures survival, even in the face of drought. Or, if this becomes impossible migrating permanently to a city.

Billions are spent every year trying to make agriculture resilient to climate effects. But for people who are already poor, even slight reductions in farming income can be catastrophic. 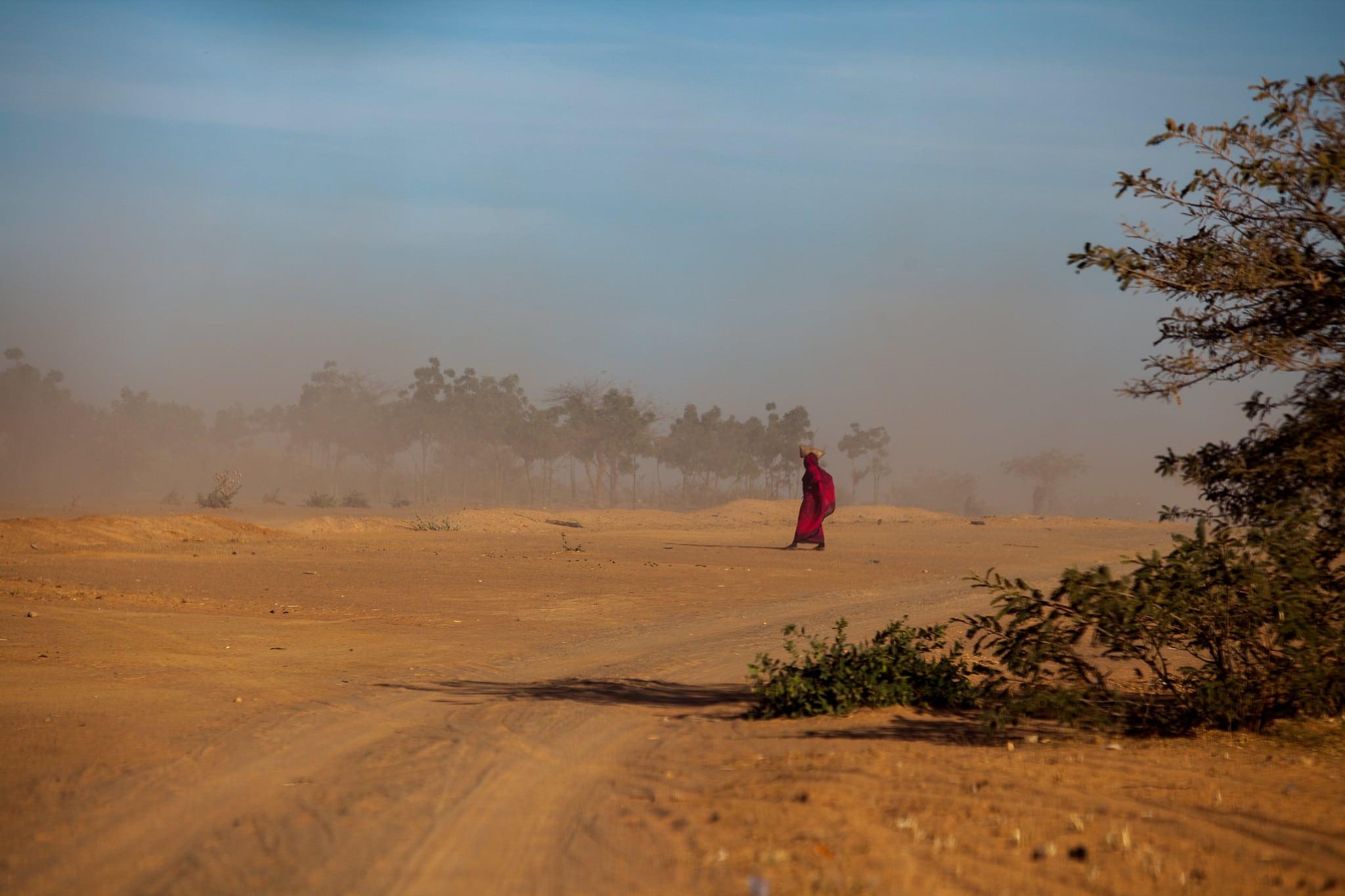 Woman walks along a dusty dirt road in Chad

Migration and finding alternative work has, therefore, become part of their safety net in the face of climate change. Migration has become a form of home-grown climate change adaptation.

Migration usually comes with risks and costs. As these increase, this vital form of climate adaptation becomes harder. Worryingly, this is happening at exactly the point when all possible forms of climate adaptation need to be on the table. Especially ones that are already working for millions of people across the world.

To harness, rather than stifle, this form of climate adaptation, several things need to happen.

The first is to create more open borders. This would open up new migration options for millions of people who urgently need them. At the moment, most migration caused by drought happens internally. People don’t cross international borders. Instead, they tend to move within their county to find work.

By creating new visas and new legal migration options governments could extend this pattern. People would have more options and more choices about where they move to. This would further strengthen migration as a climate adaptation strategy.

Governments often fail to understand that people will migrate, even if a safe, legal option doesn’t exist. Governments have a stark choice ahead of them. They can either facilitate safe, legal migration. Or they can attempt to stop people moving and create crises like the one that is currently unfolding along Europe’s southern coastline.

Governments should be harnessing, rather than preventing, the use of migration as a climate adaptation strategy. Governments must begin to understand that allowing this to happen, making it legal and facilitating it is their best option. The alternative is trying to prevent it and creating a crisis.

The testimonies in this article were collected from various sources for the Moving Stories project.

Alex manages the Climate Change and Migration Coalition – an alliance that exists to challenge the lack of long-term strategies to support and protect people at risk of displacement linked to environmental change. Before joining Climate Outreach, he worked at the Centre for Alternative Technology. He has also worked for the Public Interest Research Centre on their Values and Frames project. He co-founded Cheat Neutral, a spoof offsetting company, and UN Fair Play, an organisation that works with small island states at international climate change negotiations.