Extensive flooding this winter provided a wakeup call to many people about the threat that climate change poses to our livelihoods and communities. COIN is running a series of community seminars allowing people to discuss the issues, understand how climate change is involved and plan for the future.

Initial sessions took place in the heart of Somerset, the centre of urban Oxford and rural Witney all of which had experienced flooding this winter.

Having delivered half of the sessions the experience has left me feeling like this is the start of a really important project, one that could significantly shift how we as communities and a nation understand and act upon issues of climate change and extreme weather events. 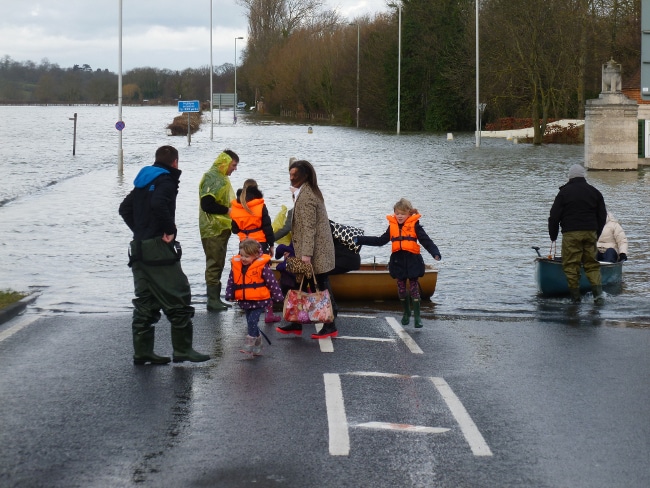 Over 50 participants from a wide range of backgrounds gave up a large part of their weekends to understand what flooding signifies for them, their families and communities. Many of those taking part had already made the link between flooding and climate change, there were a significant number of people who were new to this issue and some where atypical of a climate change event.

…these floods had proven a pivotal moment of questioning.

Whether it was the farmer or housing association representative in Somerset, the businessman in Oxford or the nurse in Witney, these floods had proven a pivotal moment of questioning. Pre-school children have also participated at two of the sessions, providing a very powerful (but remarkably peaceful) reminder of the significance of this issue. In fact in Somerset there was three generations of one family present, emphasising for many in the room the intergenerational aspect of the disruption everyone was feeling.

Participants discussed how they had been affected by flooding and what they felt about climate change.

Each session initially focused on the experience of the community of Talybont in Wales which had been hit by unprecedented flooding in 2012, hearing from people not just about the physical damage it caused but also the personal upset and how they drew the links to global warming. Those involved acknowledged the relationship with Climate change and how flooding was likely to increase. These powerful testimonies revealed how this natural disaster had united the community in planning for the future and making themselves more resilient to future floods.

In light of the Talybont stories participants discussed how they had been affected by flooding and what they felt about climate change. It was clear that for those in attendance flooding was a clear sign of the impact of climate change, providing either further evidence for tackling global warming or at least for preparing for its consequences. 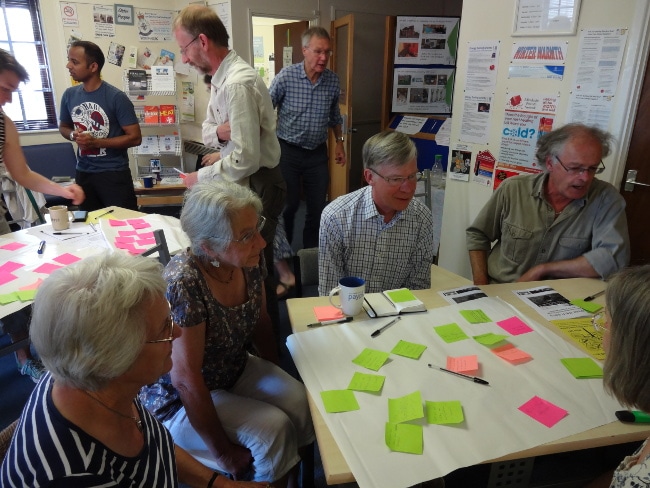 Participants at a COIN flooding seminar

What came out strongly was that for the vast majority climate change was a very difficult issue to discuss with others in their community even amongst those who campaigned on the issue. Participants spoke about feeling like they didn’t know enough facts and that it was an issue that was very sensitive or divisive. Most agreed that the lack of discussion about the issue was a problem because as was said “it’s going to be very hard to find the solutions to climate change if we can’t talk.

Accordingly the group then looked at why climate change was so difficult to discuss and how the flooding events provide an opportunity for wider groups of people to engage with the issue when it is phrased appropriately. Focusing on the psychology of understanding and combining it with practical experiences and the mix of people in the sessions, proved extremely engaging with participants saying it taught them the value of “listening – not arguing”, “addressing the message differently” and “testing my message” before talking to people. A number of those involved then intended to use what they had learned in future conversations and when writing for newspapers or community publications.

Focusing on the psychology of understanding … proved extremely engaging

In all workshops, the afternoon finished by focusing on practical action the group wanted to take based on the proceeding discussions. These actions were split between activities to adapt to the changing climate and mitigate greenhouse emissions all of which, it was agreed, should underpinned by the importance of being able to talk about the issue. 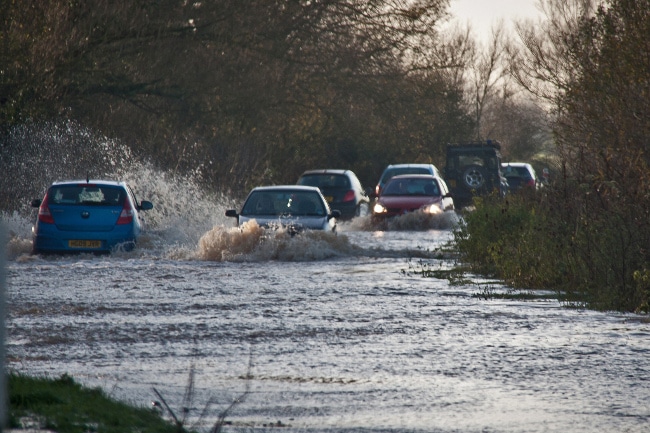 Cars drive through a flood near Taunton. Image

In Somerset, where all participants were locally based, a new network was conceived to share news, events and updates focused on flooding and climate change issue in the area. This new group is intended to allow diverse community members to be better informed and prepared but it was emphasised that it should be a group that was open to all rather than a space in which it is necessary to sign up to a set of political solutions.

For me this last point was very revelling as during the session people were happy to talk about the issue and local scale interventions they could take, but as soon as the discussion became focused on more political solutions certain people were uncomfortable. This is not to say that such discussions could not happen, just that they shouldn’t form the basis for the new group. 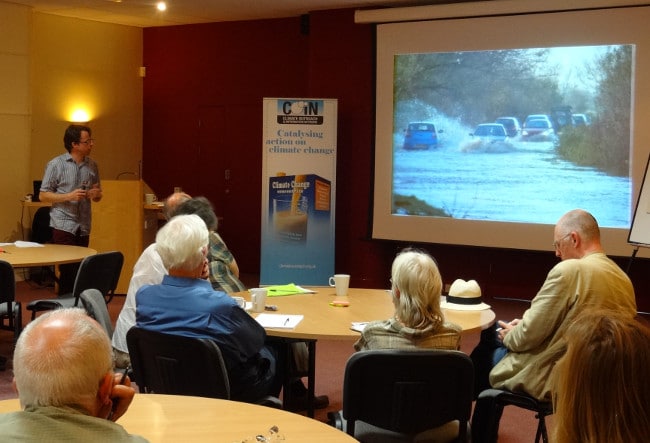 In Oxford and Witney participants came from further afield so there wasn’t the same sense of geographic community and correspondingly participants focused on a wider range of issues with the majority saying they would have more conversations about climate change but others included:

Participants responded very positively to not being prescribed a particular range of actions noting that as community is different, the range of actions are likely to be We are looking forward to taking best practice and learning from these initial sessions to those planned for Totnes, Winchester and Kingston-on-Thames in the autumn. If you would like to participate in one of these sessions or to find out more.