For a detailed data breakdown showing where each of the values-based British segments fall along demographic variables, as well as details about the segments’ average living and housing situations, media consumption, and voting behaviour, download the spreadsheet below.

People from ethnic minority backgrounds are most represented among Disengaged Battlers (8%), and have the lowest representation among Loyal Nationals and Backbone Conservatives (3.7% and 2.1%). Ethnic minorities are under-represented in the survey sample (5%, compared to a 13% population average in Britain – see black box below), but follow-up work has helped build a more representative picture of how ethnicity and cultural background interacts with views on climate change across the seven segments. 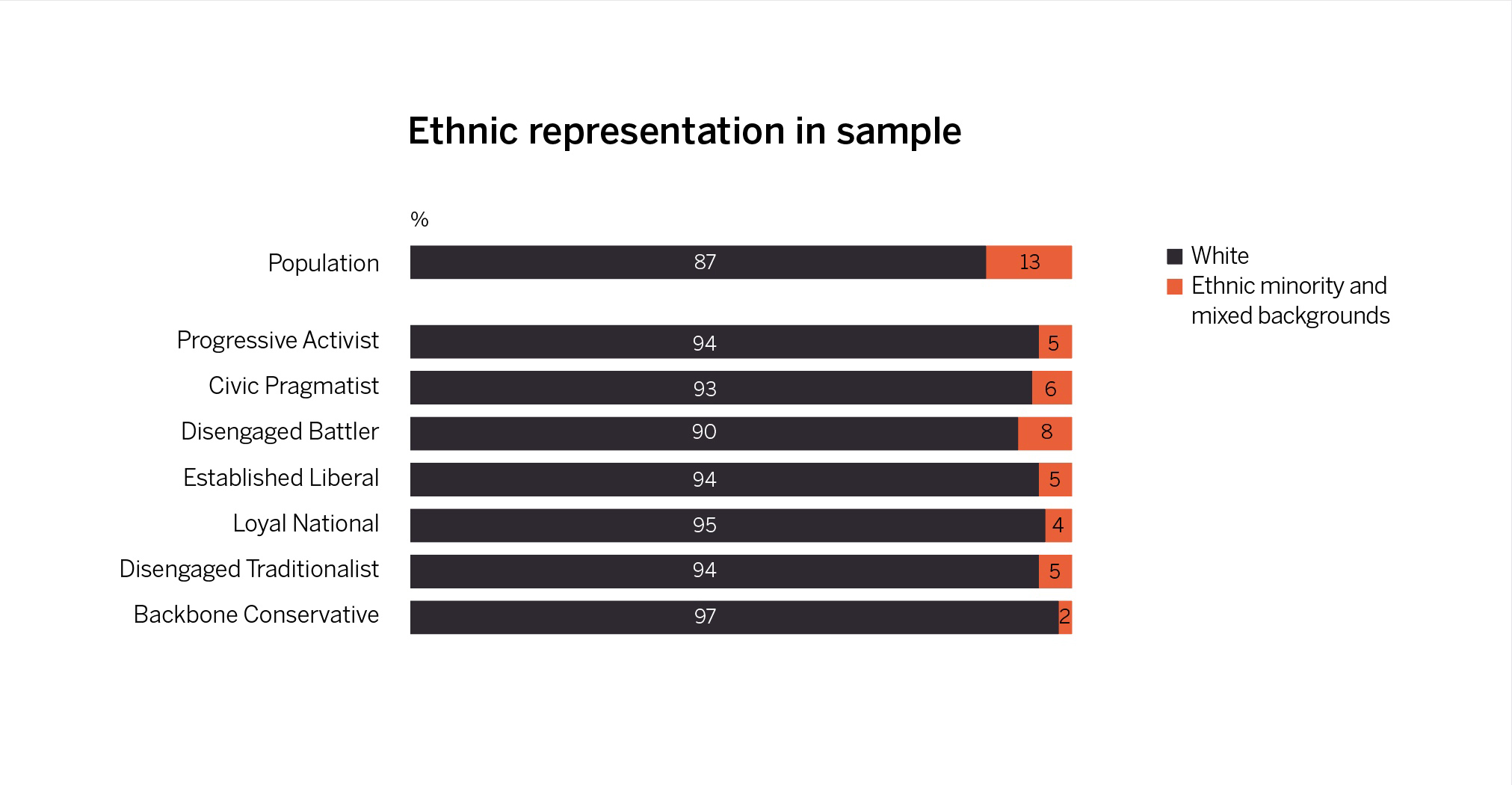 We conducted focus groups with respondents who identified as Black, Asian or minority ethnic (BAME) or as being from mixed ethnic backgrounds. The findings largely confirm that the segmentation applies just as well to respondents from ethnic minority backgrounds as it does to the wider sample, and they have been integrated into the toolkit where relevant.

Key differences between those from BAME or mixed backgrounds centred around issues of race and immigration. We also gained insights into how respondents from ethnic minority backgrounds relate to their British identity, in particular Loyal Nationals. This example demonstrates that the segmentation model allows researchers to interrogate a subset of the wider population to find additional nuance.

The under-representation of ethnic minorities is a methodological (and by extension ethical) concern that is problematically reflected in many other ‘nationally representative’ surveys conducted on a variety of social issues. The Britain Talks Climate team has initiated a discussion with the Market Research Society (MRS) to better understand how widespread this concern is and what steps can be taken by market research companies to address it. Have a look at this article we wrote along with Charles Ogunbode, BAME groups are underrepresented in polls of public opinion – here’s why it matters.

While all segments are present to some extent across Britain, there are a few (small) geographical differences. Progressive Activists are more highly represented in London than average, Disengaged Battlers are less represented in the south, and Loyal Nationals and Disengaged Traditionalists are slightly more likely to be found in the ‘Red Wall’ constituencies of the midlands and the north. Backbone Conservatives and Established Liberals are more likely to live in the south and in rural areas.

Representation of each segment across regions in Britain 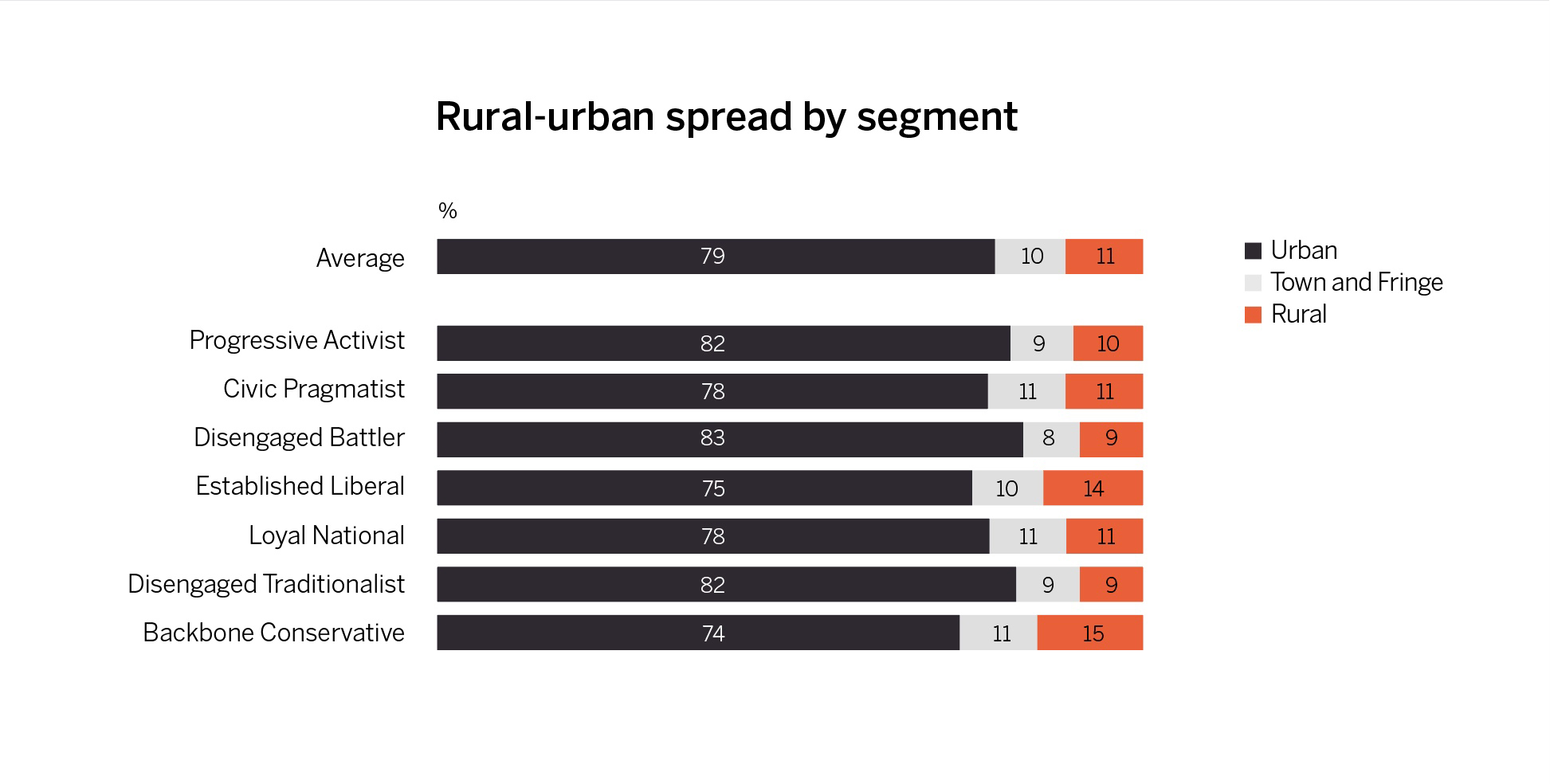 Representation of each segment across urban, rural and fringe areas

Several months after the original Britain Talks Climate toolkit was published, we dived back into the research to understand how to engage with UK rural citizens in ways that are meaningful and relevant to them. We drew out relevant insights and recommendations for this group in the slidedeck below.

Next:
Common ground and differences on climate change